The most celebrated and trendy Nigerian artist Kizz Daniel has finally and safely landed in Malawi ahead of an Epic show slated tomorrow the 27th of August in Lilongwe.

The Buga hitmaker, upon arrival at Kamuzu International Airport today, attracted a heep of waves of welcome from journalists and other music lovers in Malawi.

Kizz Daniel is expected to perform at the highly billed and much awaited show which has been organised by Epic Lifestyle, together with other local artists including Onesimus, Dr. Namadingo, Lulu among others.

Before being scheduled to perform in Malawi, Kizz Daniel was in Tanzania for a show which he failed to perform due to other logistical challenges.

Among other gifts which Kizz Daniel received at the Kamuzu Airport include Malawi Gin. 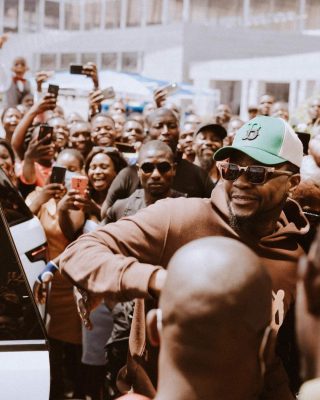